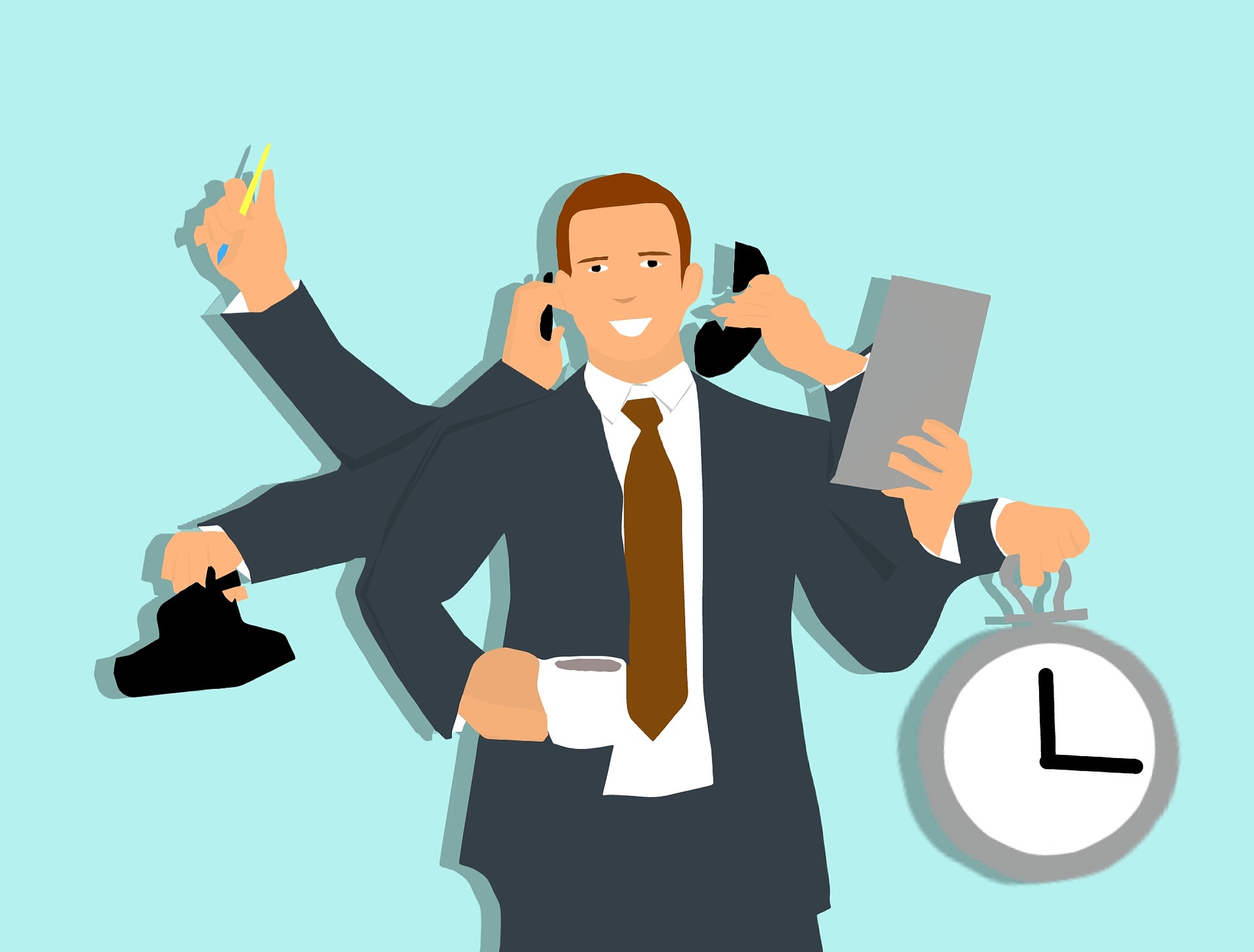 *Note: This article may contain affiliate links, which means we may receive a small commission, at no cost to you, if you make a purchase through a link.
Share this article

Is multitasking good or bad?

Some say multitasking helps you get more done with your full to-do list. Others say it kills your productivity.

This excerpt from an article in Inc. Magazine explains the problem with multitasking:

“To actually eliminate multitasking you are going to have to learn to say “no” quite a lot. Multitasking is a symptom of the desire to accomplish everything at once. However, a lack of focus is the enemy of strategy. As Sun Tzu famously stated, “Strategy without tactics is the slowest route to victory. Tactics without strategy is the noise before defeat.”

Why multitasking will derail your business

The meaning of multitask in English

When you multitask you do more than one thing at a time.

You do several different tasks at the same time. For example, making a phone call, writing an email, doing paperwork, or listening to your coworker’s feedback.

The meaning of multitask in English can refer to people and computers that deal with a lot of things simultaneously.

Listen to the correct pronunciation and repeat it by yourself by clicking on the speaker icon below:

What type of word is multitask?

The English word ‘multitask’ is a verb.

‘When you’re working under pressure, it’s important to be able to multitask and prioritize.’

The verb is often used in the progressive -ing form.

‘I’m far more productive when I’ve got lots of things on my plate instead of when just the one; if I’m not multitasking, nothing gets done.’

The -ing form of the word is also often used as a noun: multitasking.

‘Multitasking is a symptom of the desire to accomplish everything at once.’

‘To actually eliminate multitasking you are going to have to learn to say “no” quite a lot.’

As you know, you can only learn a new word effectively by repeating it often. To help you remember the new vocabulary, I have created flashcards for you.

You can practice and then test yourself by switching between the different study modes on Quizlet for free:

Learn the new word on Quizlet

Now I would like to hear from you: Do you think multitasking is good or bad?

Let us know what you think in the comments below!

Theme by: CodeTrendy | Powered by: WordPress